We’re delighted to report that things are looking good for Lion Walk! Despite the ever-changing, and at times particularly challenging retail landscape, we have been able to report an upturn in footfall, reflecting the enormous support given by both the townspeople and tourists in the region.

Defying some of the gloom surrounding many of the nation’s high streets, last week our Centre Manager, Peter Scopes reported an increase in visitors from 3.4 million to 3.6 million during the final quarter of 2017.

A particularly encouraging result was that Lion Walk had operated at an eight percent increase over the previous year’s figures despite the year on year national average for all UK shopping centres reflecting negative growth of -2.45 percent.

“This is immensely positive news for Lion Walk Shopping Centre,” said Mr Scopes. “At a time when the retail offering of many towns are struggling, we are going from strength to strength, thanks to a combination of exciting and determined retailers, and a hugely supportive community of shopping in Colchester, and of course, further afield.

“Highlights include a vibrant independent scene in Red Lion Yard, and the transformation of the old, empty unit previously occupied by BHS, to the massively successful and much sought after opening of Primark. “Colchester can be proud of its retail offering,” he added. 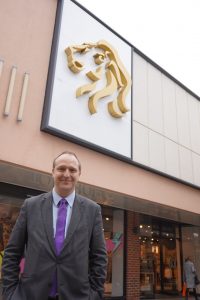