We are very excited to announce that a new, independent boutique, Dear Grace, will open in Red Lion Yard this weekend. The store, run by Victoria and David Johnson will offer a handpicked collection of inspired home furnishings and gifts including glassware, soft furnishings, furniture and dining ware.

The shop is located in Unit 8/9 Red Lion Square and will be officially opened on Saturday 23rd June by the Mayor of Colchester. Why not come along to the opening as there will be celebratory drinks and nibbles served throughout the day with gifts and giveaways as well as free sampling of Dear Grace’s fabulous homemade fudge and Belgian chocolates.

Dear Grace is the culmination of 30 years’ experience in the retail industry for Victoria who took inspiration from her childhood growing up in the Essex countryside and combined it with her love of French country styles culminating in Dear Grace’s unique offering. The product range blends soft, natural fabrics and neutral colours to give a chic, artisan feel.

David Johnson says “We are thrilled to be opening in such a fabulous setting. My wife has a long family history in Colchester and is excited to be returning to her home town. We feel we have so much to offer our customers and can’t wait to share our individual style with them.”

Dear Grace will join several other interior boutiques in Red Lion Yard including Maison White and Abode Collections making it a must-visit destination for anyone looking for home styling solutions.

We had a brilliant Busy Bees and Friends event last week. The event was designed to educate and entertain our visitors on the importance of bees and it created a real buzz around the Centre.

The event beginning on Thursday 31 May ran until Saturday 2 June and saw hundreds of our visitors take part in fun-filled activities and workshops on all things bees and bugs related. We were lucky enough to have talks from experts Adrian Knowles, from The Wildlife Trust and John Taylor, from Bumblebee Conversation Trust (BBCT). The talks proved very popular with those keen to learn more about how essential these creatures are to our eco-system.

Alongside the talks, children were able to create their own bee wings and listen to book readings all from inside an eye catching giant inflatable beehive. We also created a buzzy bee trail for visitors to follow.

Our Centre Manager, Peter Scopes said: “We are really pleased with how popular our bee event turned out. Visitors were very engaged and eager to learn more about bees and their importance in the environment and we saw lots of smiling faces on the children that had taken part. It was great fun, and we’re looking forward to doing it all again!” 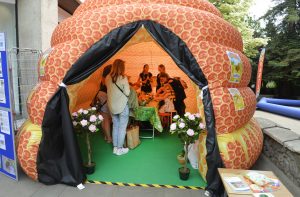 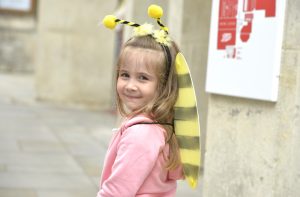 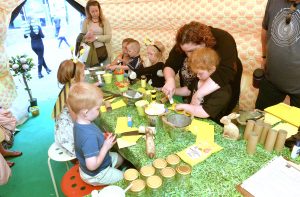 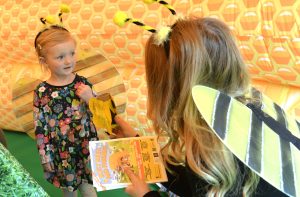 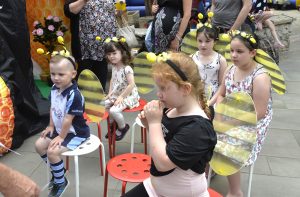 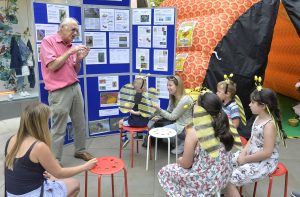 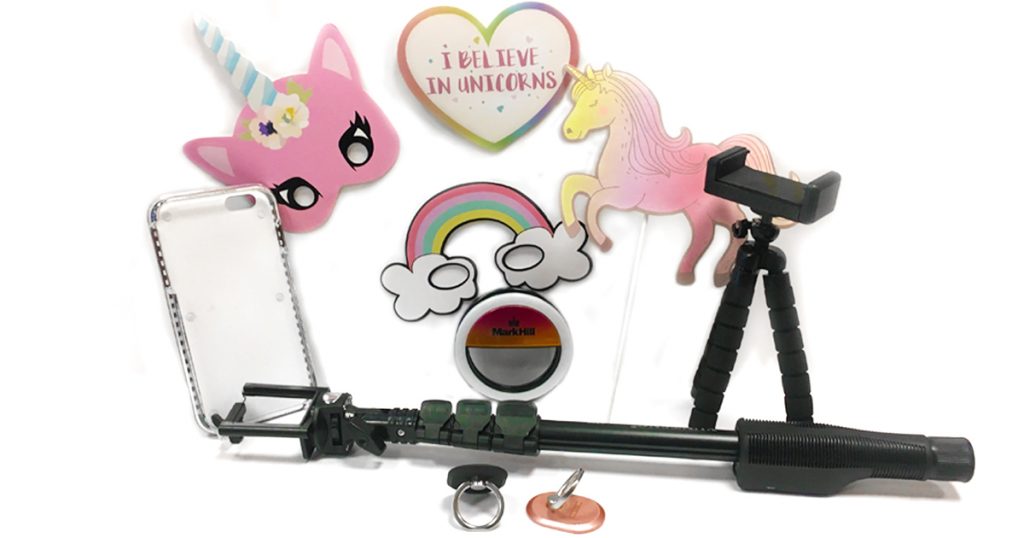 To mark the 100th anniversary of WW1 we have combined forces with Culver Square to offer a series of activities and events.

On Saturday 7 July, we are combining forces with Culver Square shopping centre to commemorate World War One (WW1) in its 100th anniversary year. With a series of events planned for the day, we hope to remind people what life was like during the war and offer activities based on experiences of wartime at home and on the front.

We will host a food ration workshop where families can learn what food was available during the war and what kind of meals people ate. A storyteller will charm children and adults alike with a series of folk tales and fables typical to the era and a juggler will add some fun to the events, entertaining the crowds whilst chatting about the times. Children can also enjoy a free craft event where they can make their own medals and airplanes to take home with them.

Families will also be able to discover what life in the trenches was like with a real trench offering a fascinating insight into life on the Western Front during WWI. Finally, a poppy making activity will explore the history behind the remembrance emblem and shoppers will be able to take away an image of the poppy and the reason behind its use.

Our Centre Manager, Peter Scopes said: “Colchester has a strong military association and as a garrison town we felt it was important that we marked the centenary of WW1. We hope the planned activities will not only provide some fun for shoppers in Colchester but will also help them to understand what wartime was like, be that on the home front or the battleground.”

Dave Robertson, Centre Manager at Culver Square shopping centre added “We are really looking forward to hosting this commemorative event, that will not only be fun for the whole family but educational at same time.”